Blast Bomb (, burasuto bomu?, kanji: lit. "Outburst Bomb Spell") is the most powerful known fire shamanistic spell[1], its power rivals or perhaps even exceeds that of the Dragon Slave. A human cannot cast it without amplifying his bucket capacity.

This spell has several variations in casting and formation. Typically, innumerable Fireballs hail across the area with the caster at the center, each exploding with the potency of a Val Flare or Vice Flare. Another possible casting is done by Xelloss in the anime, with a large cyclone of flame equally powerful to the other version.

Only a few humans in history have been known to cast this: Lina Inverse and Lei Magnus. In the novels, Lina initially confuses Xelloss with Lei Magnus due to him casting the Blast Bomb. Xelloss, however, is not only a mazoku, but had the aid of the Demon's Blood Talismans. Also, Copy Rezo cast it in the battle against Lina. 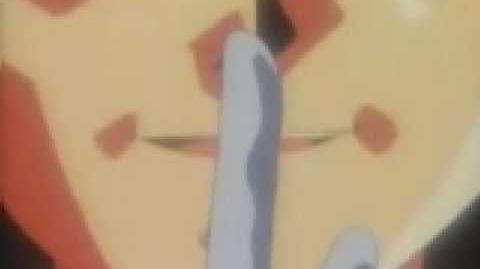 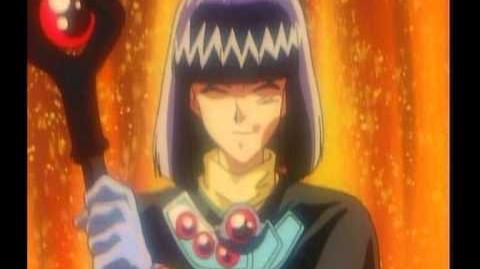