We're Getting Mutants in the MCU - The Loop

Nezard (Japanese: 毒牙爪) is one of Dark Star's creations. It appears as a spaceship in Lost Universe and as a "weapon of light" in Slayers.

In Slayers TRY, Nezard is one of Dark Star's weapons. Fans sometimes refer to it as the Trident of Light. It looks like a bird's 3-clawed foot on the end of a long handle. The light energy emanates from each of the arms like claws.

It was brought to the Slayers world by Sirius after Valgaav went insane and tried to open the Darkstar Gateway with Ragudo Mezegis and Gorun Nova. It and Bodigar were able to close the portal on an in-full-thrash Dark Star Dugradigdu.

In the confrontation with the Slayers, Sirius chose to wield Nezzard once more even as he performed the 'awakening/purification' ritual at the Gateway. He fought Dark Star with it, even utilising it along with Erulogos and Bodigar to summon a giant golden ark. When Erulogos was destroyed by Valgaav-Darkstar, Sirius took up Bodigar, leaving Nezard to be used by Amelia in the final showdown.

In Lost Universe, Nezard (called "Mobile Annihilation Nezard" in the manga) is one of the five Lost Ships created by Dark Star and the first of them to appear in the anime and manga. However, its design in the latter is more akin to a predatory bird.

Canal Vorfeed considered Nezard "small fry," and it served the Nightmare Syndicate as an "attack dog". When the Spreader of Darkness grew tired of Roy Glen's failures, he was forcibly absorbed by Nezard.

Nezard was eventually destroyed in a confrontation with Kain Blueriver and the Swordbreaker, after the former released an unusual massive burst of psychic energy powered by rage against the Spreader of Darkness. 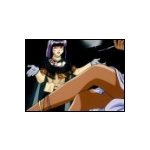