This article is a stub. You can help KanzakaDex by expanding it.

Slayers is the first Slayers game, released for a Japanese computer named NEC PC-9800. As was called Slayers, but through the internet is known as Slayers (PC98), to not confuse it with the Super Famicom (Super Nintendo) version, released in the same year (usually known as Slayers (SFC)).

It doesn't seem to follow a complex story, but are just some Lina & Gourry adventures in several places surrounding a city called Wilnan. From here, you can visit a Dungeon (West), a Forest (North), a Valley (East) and an Abbandoned Mine (South).

Being commercialized for a system exclusive for the Japan region, of course the game has not been officially translated released internationally back on its release date's era. Nevertheless, it is currently in development a fan-made translation project in english for the game. The start of the project was announced on 07/16/2007 by Filler in the website Esperknight & Filler's Videogame Translations. So far it has been confirmed that the script for the game is fully translated. Despite the time elapsed since the date of the project's beginning, it should also take into account that the similar fan project, carried out by Dynamic Designs to create a translating patch for the Slayers game for the platform Super Famicom (SNES), it also required a time period almost as long to reach completion (starting on 02/20/2002 and finished at 03/20/2010).[1] 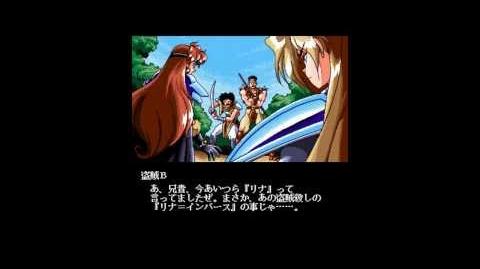