Slayers Royal 2 is the last Slayers game published at date, and as Slayers Royal, it is available for both Sega Saturn and Sony PlayStation. Although being called Slayers Royal 2, it doesn't seem to be a direct continuation of the previous Slayers Royal. The only one thing that they have in common seems to be the appearance of Lark, the elf kid.

Lina and Gourry travel to the remote countryside town of Dorutohaut after Lina recieves a summons from that town's local sorcerer's guild.  Once the two arrive, they speak with the local guild director Greg who indicates that a number of days ago some bandits robbed the local church and stole a valuable amulet.  Furthermore, Greg states that Lina apparently with the aid of a blonde swordsman and a long haired sorceress defeated these bandits.  Throughly confused, Lina indicates that she wasn't responsible for defeating the bandits.  Greg then requests that Lina accompany him to the local church to explain the situation to Robert, the priest the amulet was stolen from.  On the way to the church, Lina and Gourry once again encounter Naga the Serpent who proceeds to attack the group.  After some brief fighting, Naga runs off and it is made clear that Naga was the long haired sorceress Greg was talking about and that two individuals have been going around impersonating both Lina and Gourry.  Arriving at the church, this situation is explained to Robert.  In turn, Robert promises a reward of 3,000 gold coins if Lina and Gourry can recover the amulet from the imposters.  Lina and Gourry accept the job and set out to find Naga who had last seen the two imposters.  In the midst of searching for the amulet, a mysterious person who calls herself Alicia attempts to halt the group's progess, stating that the amulet must not be found without giving an explaination as to why.  Lina and Gourry, now accompanied by Naga eventually find the imposter Lina, however, Naga turns on Lina and Gourry in order to claim the 3,000 gold coin reward for herself.  Eventually, Lina and Gourry manage to reclaim the amulet and by extension the reward.  At this point, Robert explains the true value of this legendary amulet, stating that it is the key to opening the seal to five towers scattered throughout the land that were created long ago by the legendary sorcerer Rei Magnus.  Robert then tasks Lina and Gourry to uncover whatever secrets these towers may hold.  This task is made difficult though as Naga accompanied by the two imposters seeks to claim the treasure for herself and Alicia periodically appears to try and halt Lina's progess.  Along the way, Lina and Gourry once again meet up with Zelgadis, Amelia, Sylphiel and Lark from the first Slayers Royal game all in a quest to uncover the truth behind the five towers of Rei Magnus. 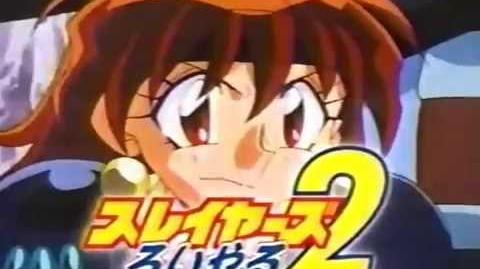 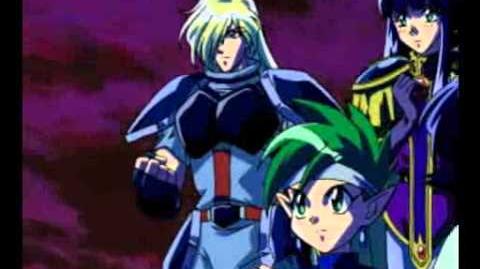 This article is a stub. You can help KanzakaDex by expanding it.