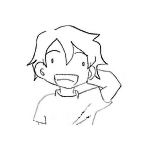 Webmaster of Lost Slayers, a (obviously) Slayers website opened back in 2002, and one of the very few sites that are still alive. Member of KanzakaDex since almost its opening in 2005, and admin since... I don't remember when, but quite a few years already.

(in short: look for either "shansito" or "shansland" in any given forum or social site, and I could be there)Edit

I know a bit of japanese, not much but more than enough to do a few translations from the Slayers stuff I own. All in all, you could say that I've some "expertise" in:

Retrieved from "https://kanzaka.fandom.com/wiki/User:Shansito?oldid=11246"
Community content is available under CC-BY-SA unless otherwise noted.